You are an Undead ― a creature cursed to an endless cycle of death and resurrection ― newly arisen amidst a crumbling kingdom of ruin and despair. You have fragmented memories of your life before this affliction, and fleeting visions of a world from a time long gone (though exactly how long, none can say). Your soul has been hollowed out of your body, replaced by a flickering flame that sustains you instead of food and drink. Whoever you were, you now are not, and perhaps never shall be again. All you are left with now are rusted weapons and armor, rotting flesh, and a gnawing hunger to stoke your inner fire. The world you have awoken into is dying, yet you cling to a glimmer of hope that you can either find escape from this place or discover a way to restore it. Perhaps you believe both are possible… or perhaps you will lose hope and seek to damn the world as much as you yourself are.

Bonfire & Blade is a rules-lite tabletop RPG inspired by the setting and themes of Dark Souls, with a system based on the excellent pamphlet RPG Vampires & Claymores. It can be run by one person facilitating the game as the Fire Keeper, with one or more players exploring the world, and a handful of 6-sided dice in two colors. It adds new rules and ideas to Vampires & Claymores' design:

With time and enough sales, I hope to be able to provide the following updates to Bonfire & Blade:

Bonfire & Blade was created for the RPG LATAM JAM in April, 2021.

This game is an independent project based on Vampires & Claymores by TorTheVic and is unaffiliated in any way. It includes many of those game mechanics and ideas, and either reuses or remixes them with permission.

In order to download this game you must purchase it at or above the minimum price of $5 USD. You will get access to the following files:

So much so in fact that I want to run a long-running game in it. My only worry is the Path tracks. I kinda want the game to last more than 3-6 sessions without losing characters permanently. Do you have any recommendations for the length of extended paths? or a way to use them for things other than removing characters from play?

I finished the Chinese translation for my friend

If you need it

「When you spend time gathering supplies from a significant location, gain 1D worth of Tinder. After defeating an enemy, you may harvest them to gain 1D of Tinder equal to their CD.」

This means that you can get 1D6 Tinder by collecting at important locations.Kill each enemy can get ND6 Tinder?(N=his CD)

and this「Spend an Insight to:● Add +1 AD to a successful attack roll as critical damage.」

Does this mean an extra 1D6 damage, +1 damage, or throwing another AD to try may be available more damage?

For example, if a character strikes an enemy and rolls a 5 on their AD versus a 4 on the opponent's AD, they're only dealing 1 damage. If they spend an Insight, they roll the additional AD and potentially deal 2-7 damage with the attack instead.

Correct, in the current iteration of the rules, defeating a 1 CD enemy and gathering Tinder from them would give you 1d6 Tinder, while defeating a Formidable 3 CD enemy would give you 3d6 Tinder. The GM is of course free to adjust values if they feel like something has significant value or ambient energy (harvesting from a small pile of coins vs. from the throne room of a forgotten king).

it looks good, and in some parts even better than official. 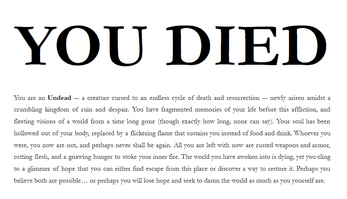